Dateline June 1, 1947, somewhere (we assume) near Liverpool, England – A man with a thick brown mustache, wearing a brightly adorned three-color hat and a navy blue band uniform of wool (far too warm for these late days of spring), appeared in the town square today. Introducing himself only as Sergeant Pepper, he quickly selected a group of young men, placing in their hands a variety of brass and percussion instruments. After a brief moment of instruction on the intricacies of valves, music theory and the importance of listening to each other, Pepper declared the group to be the “Lonely Hearts Club Band,” and then led them in a splendid concert for the assembled townspeople.

At least that is what Paul McCartney would have us believe.

The story was first told on this date in 1967. The world was changing. The children of the Greatest Generation were coming of

!967 will always be remembered for “The Summer of Love”

age, finding strength in their numbers. Social mores regarding race, gender, obedience, drugs and sex were all being challenged. The world was standing on the precipice of The Summer of Love, and the Beatles were at the forefront with their new album that told a story…about the twentieth anniversary of a village brass band.

It shouldn’t have worked. It certainly didn’t make sense on paper, but the Beatles landmark album, Sgt. Pepper’s Lonely Hearts Club Band, captured the attention and the imagination of the world as only they could. The colorful album cover – John, Paul, George and Ringo standing in bright colored uniforms, flanked by a gallery of notables (including the Beatles themselves) – was a wonder to be studied for hours, perhaps assisted by some sort of mind-altering tonic. The music inside was as joyful as it was sly. On the surface, the Beatles seemed to be having a bit of a lark, winking at the listener and letting them in on the joke. But, from critics and musicians to students and hippies and all other walks of 1960’s life, the more people heard this music, the more it revealed. Those of us who were not there but came along after Sgt. Pepper imagine June 1, 1967 to be the day that the world ceased to exist in black and white and suddenly was transformed to full, vibrant color.

I don’t remember exactly the first time I heard Sgt. Pepper. I was first introduced to the name in 1978 upon the release of the discofied movie starring Peter Frampton and the Bee Gee’s (a film I still cannot bring myself to watch) when I was eight or nine. Shortly thereafter as my interest in music and pop-culture began to bloom, I made the connection between the name and the mythical Fab Four. I don’t remember if it was a friend’s older sibling or a former babysitter, perhaps, who first put the album in my hand, but there was a knowing look. This was the Gospel spreading to a new generation. I was receiving The Word, and I knew I had to pay attention, even if I couldn’t appreciate what I was hearing beyond the nice melodies, funny lyrics and weird sounds.

Eventually I came to understand just what was in that music. It wasn’t just another record. Hell, it wasn’t even just another Beatles record.

It was the gateway.

Sgt. Pepper isn’t you’re average everyday pop music (how’s that for understatement?). It was an introduction to complicated, challenging, and far more rewarding music. At fourteen, I was listening to Kajagoogoo, Tommy Tutone and whatever was on the radio. Back in the Sixties, there were enough people listening to The Archies and The Association to give them #1 hits. In the 1970’s it was “Please Come to Boston for the Springtime” or the aforementioned disco craze. It’s not that this music doesn’t have value, it’s just that it’s music that has been written to appeal to the lowest common denominator. Hits don’t happen by accident. They are carefully created to make money.

To me, that’s the most interesting part of the Beatles’ success. As the band progressed from “Please Please Me” to “Help” to “Yellow Submarine,” each step was a little more challenging than the next. Each hit single was a little more complicated than the next. “I Feel Fine” was the first single to feature guitar feedback. They used a sitar on “Norwegian Wood.” The singles immediately preceding Sgt. Pepper, “Penny Lane” and “Strawberry Fields,” offered healthy doses of classical orchestration and psychedelia, respectively. So as much as it was a massive leap forward, the Beatles had spent the better part of six years preparing their audience for the jump. They were able to make music for themselves that they found interesting and yet still sell millions of albums.

Sgt. Pepper raised the bar on quality. It is the album that delivered us from the banal to the sublime. Take for example “Lucy in the Sky with Diamonds.” First please note the three capital letters in the song and then try to pretend that this is a song about going on a journey with a little girl. Listen to John Lennon’s double tracked vocals and the dreamy synthesizer sound, which in 1967 would have been groundbreaking. “Within You Without You,” is a trip to India in five minutes. George Harrison wrote a song filled with spiritual lyrics extolling the virtues of transcendental meditation and then brought in Indian musicians to play dilrubas, tabla, swarmandal, tambura, and sitar. The only other time most Beatles fans, or really any western music fans, had heard a song like this was the first time George had dipped his toe in the Ganges with “Love You Too,” on the previous Beatles album Revolver. “Being for the Benefit of Mr. Kite” probably sounded like a damn acid trip to people who had no idea what LSD even was. The album closer, “A Day in the Life,” is two completely different songs beautifully stitched together by producer George Martin. The song features two cacophonic breaks of symphonic instruments so chaotic that the classically trained musicians had difficulty playing them, and a final piano chord played simultaneously on four pianos, bringing things to a close with the force of a sustained sledgehammer blow. Today this music is as familiar to us as the nursery rhymes we first heard when we were infants, but in 1967 it was a far, far cry from Herman’s Hermits’ “A Kind of Hush,” or Frankie Valli’s 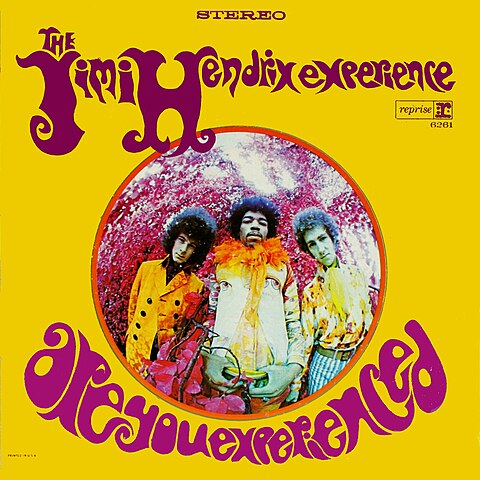 Sgt. Pepper changed everything. It prepared the world for Jimi Hendrix, Pink Floyd, Yes, Patti Smith, R.E.M., Nirvana and Radiohead. It demanded more from Beatles contemporaries like Brian Wilson and The Rolling Stones. In itself, the album arrived, placed new instruments in the hands of comparative novices, held a bit of quick instruction, and then unleashed a sea change on the world of music that would not be duplicated.

And that is why, fifty years after declaring “It was twenty years ago, today,” that Sgt. Pepper’s Lonely Hearts Club Band still matters. Listening to Sgt. Pepper is like reading your first Hemmingway novel after years of Junie B. Jones, Roald Dahl and J.K. Rowling. It’s the first college class. It’s leveling up.

Try to figure the world of music without it. Better yet, just go listen to it again, and then hand it to your kid.

Rich Larson is a freelance writer in Minnesota and budding publishing entrepreneur. If you like what you’ve read here, please CONSIDER THIS. He can be reached at richlarson@nexttenwords.com